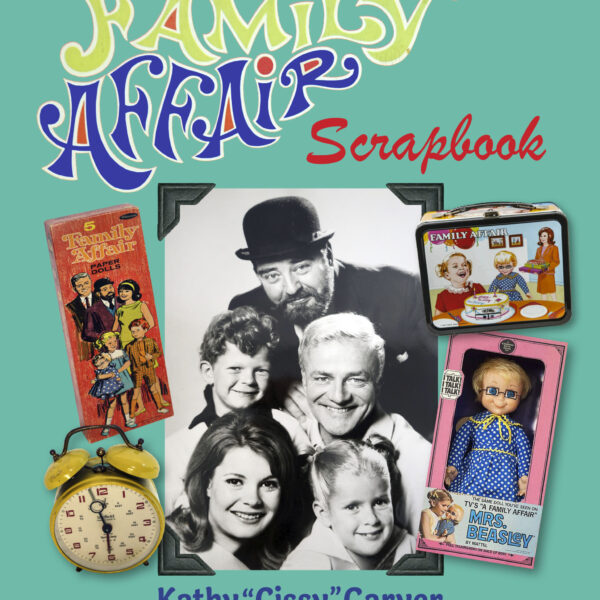 Memory Lane was never so personal and vibrant as in Kathy “Cissy” Garver’s Family Affair Scrapbook.
Each page is a pictorial feast for fans of the show and lovers of nostalgia. Family Affair was a breakthrough show depicting a successful bachelor uncle who takes on the raising of his brother’s orphan children, Cissy, Buffy and Jody. This is not the life his Gentleman’s Gentleman, the Stodgy Mr. French signed up for, but after many adventures and life lessons learned, they become one of television’s all-time favorite families.
You will see many notable guest stars, including familiar children’s faces, many of whom grew up to have major careers. 1966-1971 was a significant time in TV history as the Country strived to hold on to its innocence. The beloved Davis Family made it that much easier for those television fans to believe that we could solve even the greatest problems with love, understanding and in less than thirty minutes.

There are no reviews yet.